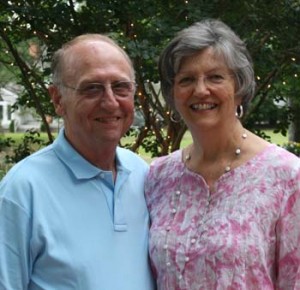 Leroy Bryant is the son of the late George Leroy and Edna Bryant, and his wife is the daughter of the late Stafford and Magdalien Camp.

The groomsmen in their wedding were Tommy Bryant, Harvey McLemore, Billy Lewis and S.V. Camp.

The Bryants have lived in a variety of places, including Georgia, Massachusetts and Oregon, but have spent most of their married life in Courtland.

Leroy Bryant retired in 1993 as plant manager at Hercules Inc.

His wife is a homemaker and worked as a Realtor and at Union Camp. 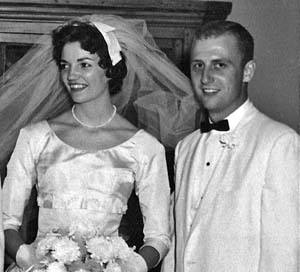 Both are involved in Courtland United Methodist Church and active in bridge groups.

Leroy Bryant is a member of the Courtland Ruritans.

His wife has been active in the Blackwater Art League.

They are the parents of George and Jan Bryant of Chesterfield, Peyton and Betsy Colvin of Birmingham, Ala., and Tad and Shelly Fisher of Salem. Their grandchildren are Sebrell, Lee and Aaron Bryant; Tyler, Sarah, Sam and John Colvin; and Libby, Anna, T.J. and Luke Fisher.

The Bryants celebrated their anniversary with family and friends during a backyard barbecue and spent a week at Holden Beach, N.C., with their children and grandchildren.

Their marriage has been and continues to be an inspiration to their children, their friends and all those who know them. The love they have for each other and the example of a warm loving relationship they have given their children is invaluable.

A daughter was born on June 30, 2011, to Amy and Jason Moore of Courtland at Sentara Obici Hospital in... read more