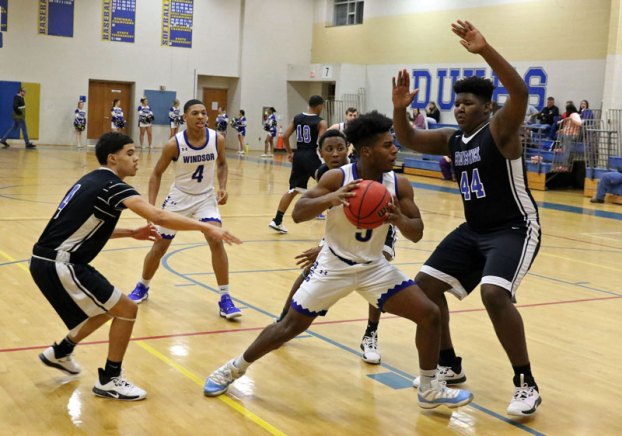 Malik Lee tries to make a move for a drive. -- Frank A. Davis Tidewater News 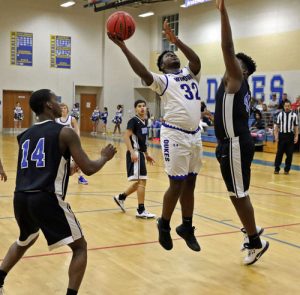 It was an off-night in scoring on Monday as the Windsor High School Dukes basketball team took one on the chin. The visiting Brunswick High School Bulldogs had their way with the Dukes and handed them an 84-32 loss at their home gym.

The Bulldogs took control of the game in the first quarter as their offense outscored the Dukes 21-7. By half-time the Bulldogs pushed the score to 48-12. The Dukes’ best quarter was the final one as it was the only time that they scored double figures with 12 points. A highlight of the game for the Dukes was the scoring of four 3-point shots, which brought applause from the fans.

Top scorers of the Dukes were Terrell Pittman and Chase Williams who both scored six points apiece.

For the Bulldogs, Jordan Wesson led in scoring with 21 points.