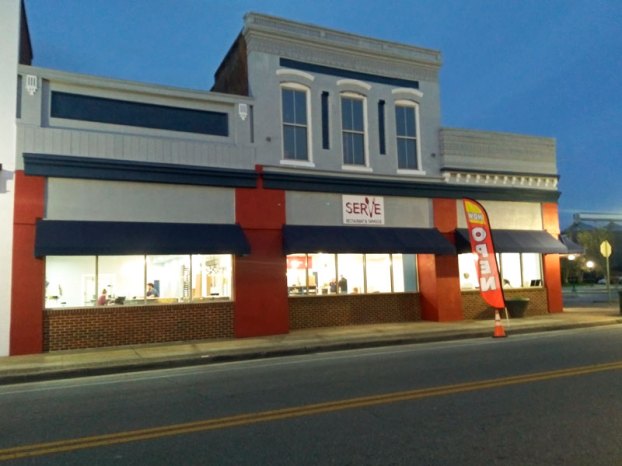 Looking Back: John Knight has died 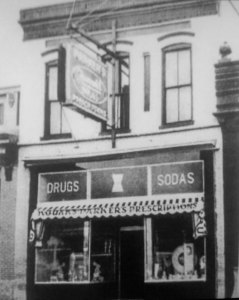 The Parker Drug Co. on Main Street in Franklin, as it appeared in the 1940s. Submitted | Clyde Parker

Few men who have lived in Franklin within the history of the town have contributed more to its progress and development, or have more unselfishly and public-spiritedly worked for its material growth than John R. Knight whose death occurred at his residence on North High Street Thursday night, March 25. Mr. Knight, who sustained a slight stroke of paralysis several months ago, suffered a second attack last Saturday. He had been critically ill since that time.

John Robert Knight was born in Gates County, North Carolina on June 20, 1860, the son of the late William Knight and Amanda Savage Knight. Both parents were citizens of the highest type. Their training and example instilled in John splendid traits of character which made him the good and useful man that Franklin knew and appreciated so well. His mother, who was of a godly and consecrated Christian character, was a resident of our town for several years, making her home, while here, with her daughter, Mrs. J. B. Crocker.

Mr. Knight came to Franklin in 1881 and clerked for the late Dr. W. H. L. Goodman and Mr. T. O. Barrett in the drug store of Goodman and Barrett. Later, he clerked for Mr. J. P. Gay and, afterwards, acquired an interest in the drug business of Bryant and Edwards – the firm that consisted of the late Dr. J. F. Bryant and the late J. W. Edwards. The firm was later known as Bryant and Knight; and, after Mr. Knight’s purchase of Dr. Bryant’s interests in 1887, it became known as the Knight Drug Co. with Mr. Knight as proprietor. He conducted the business, pretty much alone and successfully, for 18 years. Then, he came upon some very able management assistance.

Associated with Mr. Knight in the Knight Drug Co. was his business partner George Hinson Parker who had started work there as a young boy in 1902. In 1905, young Mr. Parker took on more responsibility and moved up into the business and, eventually, became an equal business partner and the store’s principal day-to-day operator. Mr. Knight could then direct his primary interest to other business enterprises.

In 1903, concurrent with his drug store business, Mr. Knight and a few other investors established the Parker Buggy Co., a new buggy manufacturing enterprise that was founded in Franklin, along Second Avenue and Mechanic Street. The new company was organized with Mr. Knight, as president; B. E. Parker, as vice-president; and W. T. Pace, as secretary-treasurer. In 1908, B. E. Parker retired from the business and sold his interest to Mr. Knight. The name of the company then became known as Knight Buggy Co. The history of that establishment is too well known to require complete repetition. But, to summarize, under Mr. Knight’s management, the scope of the business was constantly enlarged; and, it eventually developed into one of the largest horse-drawn vehicle industries in the entire south. Knight Buggy Co. continued in operation until 1916 when the increasing use of automobiles led Mr. Knight to change it into a manufacturing plant for screen doors and windows. Although Mr. Knight had been hugely successful in operating his screen business, in 1917, due to failing health, he was forced to retire from active business. The screen company was then sold to a northern concern.

Getting back to Knight Drug Co., under George Parker’s involvement and leadership over the last couple of decades, conduct of the business has been characterized by continual enlargement, improvement, and progress. Mr. Parker’s adoption of modern methods and installation of handsome equipment turned the enterprise into one of the neatest business houses on Franklin’s Main Street. On October 17, 1919, Mr. Parker took over total ownership of the drug store and renamed it Parker Drug Co.

Note: The Parker / Knight Buggy Co. manufacturing plant, a huge, three-story structure, occupied the space that later was occupied by the former Leggett Department, and, still later, by Hardee’s.

The Knight/Parker Drug Company building is still standing. It is now the central section of the new “Serve” restaurant.

CLYDE PARKER is a retired human resources manager for the former Franklin Equipment Co. and a member of the Southampton County Historical Society. His email address is ParkerC@seva-redcross.org.

By Nathan Decker “Somehow we just don’t make the same boisterous fun of Holy Week that we do of Christmas.... read more