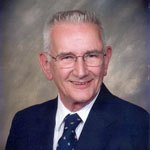 Born in Elmira, New York, he was a son of the late Paul James Cleveland and Winifred Philp Cleveland. Paul was also predeceased by his son, Jim Cleveland.

Paul was a veteran of the U.S. Navy and served during the Korean conflict.

He was a respected mechanic and retired from Hancock Peanut Company in Courtland.

For many years, Paul was committee chairman for Boy Scout Troop 211 in Courtland, and also kept the Troop bus in running order. He enjoyed cooking for Relay For Life fund raisers.

Services will be private.

The family would like to thank the staff at East Pavilion for their compassionate care.