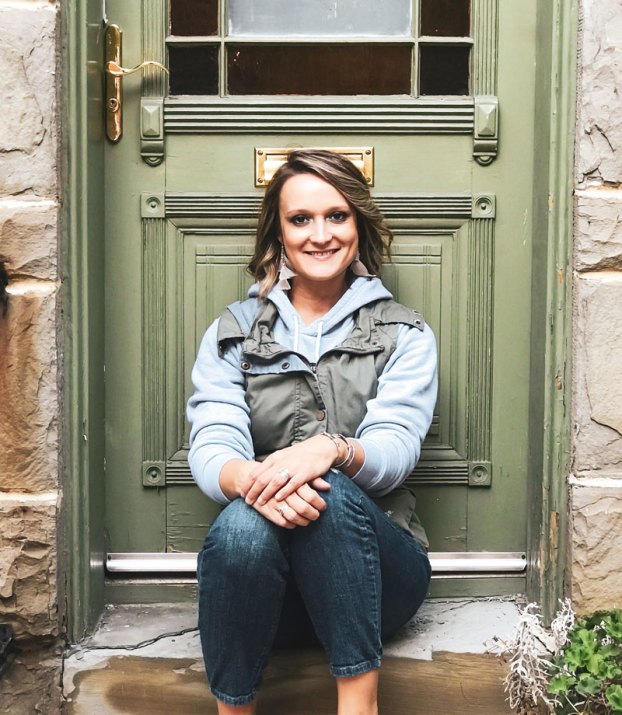 Micah Dillon shares her personal experiences in her new book, “My Mended Heart.” She prays that the quotes from her journals will help others get through hard times and bring them a little closer to Jesus. -- Courtesy The Core Media Group

To Micah Dillon, there is no gift more precious than life. “And it’s worth sharing with everyone,” she said.

Dillon, hailing from the general studies Class of 2002 at Paul D. Camp Community College, continued her studies at Old Dominion University, where she graduated in 2004 with a bachelor’s degree in business marketing.

She married about a month later. While she was trying to decide what career to pursue, a friend brought up the topic of real estate, which piqued her interest.

“I enrolled in real estate training and haven’t looked back,” she said. “It’s so fun to meet new people, see beautiful homes, hear different stories and just share my community with others.”

October marked her 16th year as a full-time Realtor.

In 2017, life was rolling along at a normal pace for Dillon — she had her career, husband Ben, and two beautiful children, Stone and Stella, then 7 and 5, respectively. The family also was very active at their place of worship, Rock Church of Franklin.

Micah began to have what she described as “serendipitous encounters from above,” where she could overwhelmingly feel God’s presence. One such night was at a praise concert.

“The Lord deposited something in my heart that night, something directly from Him,” she described, “a direct, mysterious impartation.”

Five months later, she began writing spiritual songs and felt like her world was opening up to the Lord. And just seven months after her experience at the concert, a Monday morning began by her finding her formerly healthy, 43-year-old husband unconscious. She would learn later that he died from what is called a chronic total obstruction or “widow-maker” heart attack.

Her whole world changed in nearly a blink of an eye.

“After 13 years of marriage, I was no longer a wife. After 13 years of growing my real estate business, I stepped away from my career to care for my children,” she said, “and on top of that, I temporarily lost my ability to sing due to overuse of my voice.”

However, what really mattered prevailed, and Dillon found that God was helping her get through this difficult time. “I realized that the only identity that truly matters is my identity as a child of God,” she said. “God began to reveal Himself to me in new, fresh and powerful ways.”

Amidst of tending to Stone and Stella and later returning to work, Dillon was reading, listening to podcasts and participating in live webinars, as she journaled and jotted “God thoughts” when they came to mind.

“I just knew that I needed to scribe what was happening to me,” she said. “Then by divine appointment, I met a publisher.” After hearing her story, the publisher asked her to go through her journals and find 100 quotes.

“I found them there,” she said. “Things were just coming to me — I was writing. Images and ideas started to flow. I worked on these things while the kids were in school.”

In three months, Dillon published a book of her poignant quotes, “My Mended Heart,” in hopes that the words will strengthen others and lead them to Jesus. In addition, she started a website, www.sendingandmending.com, and has her own YouTube channel.

“My mission is that every item is a reminder that you are loved and never alone,” she said to her visitors and readers. “I will be writing more songs, quotes, prayers and blogs in the months and years to come.”

“I’m calling them ‘properties’,” she said. “I will be building my shelf of ‘properties,’ book by book, resource by resource, truth by truth.”

“My Mended Heart” is available at www.sendingandmending.com, www.amazon.com and other retail stores where books are sold.

WENDY HARRISON is the public relations specialist at Camp Community College. Contact her at wharrison@pdc.edu.

UVA student stresses the importance of taking the pandemic seriously

Anjali Patel Anjali Patel who is studying neuroscience at UVA is very satisfied with how UVA has handled the coronavirus... read more