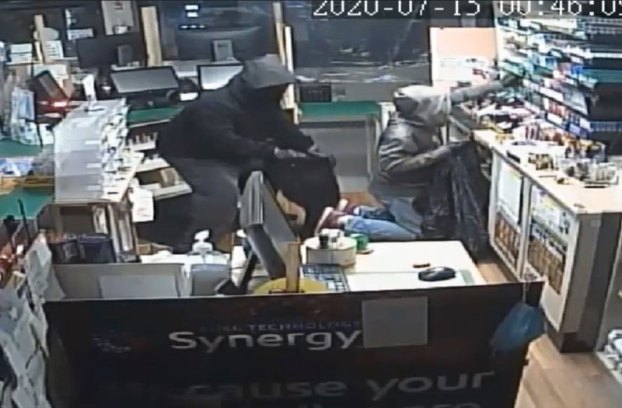 A camera at the Exxon on North College Drive in Franklin shows these two suspects apparently taking products from the service station. — Submitted Franklin Police Department 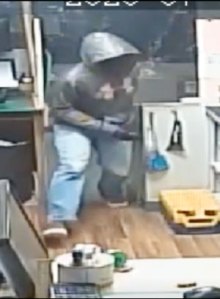 A video recording shows one of two suspects who broke into the Exxon service station on July 15. Their identity is still being sought by Franklin Police investigators. — Submitted Franklin Police Department

The Franklin Police Department needs the public’s help in identifying two people who broke into the Exxon service station on North College Drive in the early morning hours of July 15.

Sgt. Scott Halverson, agency spokesman, noted that in the stills from the video recording, the suspects’ faces cannot be seen. But he said that people should look at the suspects’ size, etc., for possible clues to their identities.

Several surrounding cities have been hit in the same way, stated Halverson.

If anyone has information about this or similar events, call the Franklin Police at 562-8575, or Franklin Crime Solvers at 562-8599, you remain anonymous and earn up to a $1,000 cash reward.

COURTLAND—Southampton Sheriff’s Office would like to alert residents about a scam that appears to be occurring in the area, primarily... read more