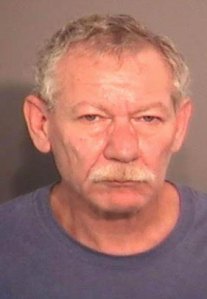 Franklin Police arrested a city resident on Jan. 2 following an investigation into allegations of aggravated sexual battery and possession of child pornography.

Department spokesman Sgt. Scott Halverson stated that officers were working an unrelated incident that morning when they got information that required an investigation of Robert Leroy Hobbs.

Officers conducted a search of Hobbs’ residence, and he was subsequently arrested at his home in the 1300 block of Clay Street in Franklin.

Hobbs, 59, was charged with two counts of aggravated sexual battery and one count of possession of child pornography.

He was taken to Western Tidewater Regional Jail in Suffolk.

COURTLAND The Citizen Transportation Advisory Committee, which is appointed by the Southampton County Board of Supervisors, is scheduled to meet... read more