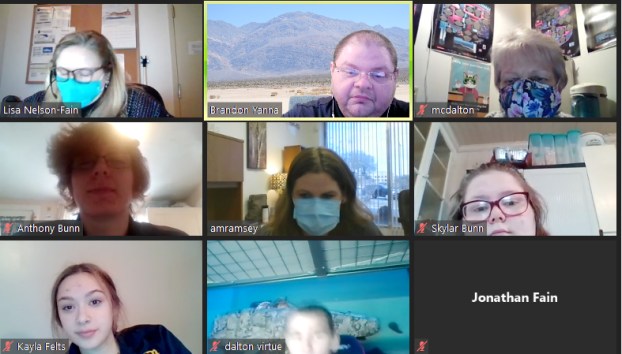 On Feb. 6, Franklin High School students were able to participate in their first and last scholastic bowl of the academic year. Submitted

The Broncos would like to thank the leadership at Galileo Magnet for hosting this virtual tournament.

Staff and students that were highlighted for participation. In front, left to right, Madonna Dilliard and Clinton Harrington; back, Eric... read more