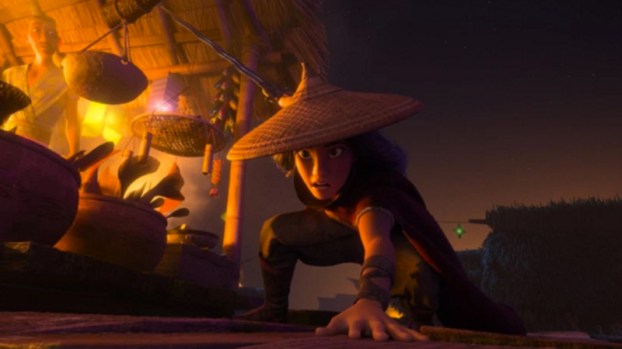 It’s hard to believe that “Land,” with its gorgeous cinematography and gut-wrenching story, is Robin Wright’s feature film directorial debut. Of course she has directed some of the best episodes of “House of Cards,” but “Land” is clearly a passion project and a film that Wright should be proud to put her name on. It is a beautiful story that delves into the most extreme elements of the human experience, overcoming tragedy, personal rediscovery and healing.

Edee (Wright) is dealing with incredible grief after the deaths of her husband and child, the cause of which is not initially revealed. Edee decides to remove herself from society, in part to erase any reminders of them and give herself space to grieve. So she throws away her phone, buys a bunch of canned goods and supplies, and buys an isolated, somewhat-rundown cabin in the Wyoming wilderness. She even pays someone to drive her rental car back into town so she is truly stuck there.

Of course, Edee’s untested confidence is no match for the area’s unrelenting winter. She is unable to keep the fire going to heat her cabin. And when a bear lets itself inside and destroys her food supply, Edee is on the brink of starvation. Too weak and cold to stand, she is eventually saved by a friendly local hunter/woodsman (played by the always incredible Demián Bichir), who helps nurse her back to life and teach her how to live off the land. As Edee begins to build a new life for herself outside of civilization, she works to cope with her past and look toward a brighter future.

Although on paper, “Land” seems like a simple script, it is actually a multi-layered character study without unnecessary fluff, side stories and superfluous characters. Screenwriters Jesse Chatham and Erin Dignam take their time developing and exploring Edee’s character, who goes from someone not able to cope with life without her family, to confronting her issues head-on.

Without getting into spoilers, a startling reveal in the third act completely changed the way I felt about Edee, a detail I have been thinking about since I first saw the movie (and what prompted me to watch it again). I noticed some additional clues that point to why Edee chose to isolate herself in the way that she did and why she had an especially difficult time in the wilderness, particularly the first scene with the deer.

If you’re like me and are wondering the filming locations of this beautifully shot movie, look no further than outside of Canada’s beautiful city of Calgary in Alberta. It’s been hard being cooped up in this house throughout the COVID-19 pandemic with limited travel opportunities, so I enjoyed reveling in the gorgeous cinematography of the film and added another destination to my travel bucket list.

Although at times a tough watch, “Land” is a good film to start off a hopefully great year of movies. We need it! Not only is Wright’s work behind the camera exemplary, but also her performance in front of the camera is one of the best of her career. Her character starts off so contained, with enormous internal pain, and it is only once she starts rediscovering herself that we again see the sparkle in her eye. I can’t imagine having to switch hats from director to actress and still be able to give so much of yourself to a character, but Wright did so deftly.

LAND was first available in theaters Feb. 12 and I suggest you add it to your streaming queue when it is released On Demand.

LAUREN BRADSHAW is a lover of all movies, even the bad ones. Follow her on Twitter @flickchickdc. She grew up in Courtland, graduated from Southampton Academy and doubled-majored in foreign affairs and history at the University of Virginia. She lives in the Washington, D.C., area.

By Dick Gilbert District 24 I Lions and Old Dominion University will sponsor a day camp for diabetic youth from... read more